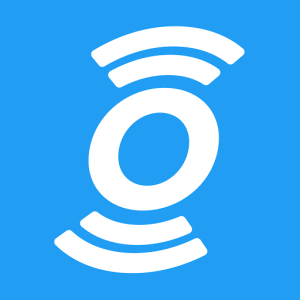 GPS Accuracy depends on accuracy of clocks on the satellites transmitting the signals, satellite speed and altitude, atmospheric conditions, geometry of the globe and the accuracy of the receiver.

The USA owned GPS (Global Positioning System) commits to broadcasting signals from space that are within a global average User Range Error (URE) of less or equal to 7.8 meters (25.6ft) with 95% probability. However, the actual measurements exceed specification as the global average URE is less than 72cm (2.3 ft) 95% of the time.

It’s important to note that the URE is not a measurement of the accuracy of what is displayed on your GPS receiver, but the accuracy of the signal being sent from the satellites.

GPS Systems work by calculating the distance that radio waves travel over a certain amount of time.

Radio signals travel at the speed of light so the time difference between the signals that has to be detected by the receiver is very small.

To give you some perspective.

With this information as a starting point, we can begin to take other factors into consideration.
They include;

Satellites rely on atomic clocks to maintain a very accurate time.
Atomic clocks keep time based on the properties of atoms when transitioning between different energy states.

This accuracy might seem extravagant, but keep in mind that light will travel 30cm (1ft) in one nanosecond.

The U.S. Naval Observatory (USNO) distributes the Coordinated Universal Time (UTC) to the accuracy of less than 40 nanoseconds, 95% of the time.

According to Einstein’s theory of Special and General Relativity, time, relative to an observer on Earth, appears to pass slower for objects as they move at higher speeds (Special Relativity) and faster as they move further away from a gravitational force (General Relativity). This means that time passes differently for the satellites than it does for us on Earth, depending on their speed and orbital height where the gravitational force is different.

This effect is knows as Time Dilation and it has been proven and tested, however, it has been a topic of much confusion.

Effects of Special and General Relativity will make time appear to move slower in the atomic clocks on the satellites when compared to a clock on Earth. However, since all the satellites are at a similar orbital height and traveling at roughly the same speed, they experience the same effect. Therefore, the time between the satellites and the observer on Earth may be different but the difference between the signals from each satellite will remain almost identical.

Nevertheless, Time dilation has a measurable effect on the synchronization between the satellites and has been factored into the calculation for each satellite system.

The inaccuracy of GPS systems is mainly due to environmental conditions that effect the direction and speed of the radio signals from the satellites.

Tropospheric delay is the delay caused by gasses and their refractive properties, this varies according to temperature, pressure and humidity.
Ionization of gas particles caused by solar radiation also creates delays in satellite signals which effect the accuracy of positioning systems.

This delay causes a discrepancy between the time the signals are received, which, in turn, results in lowered accuracy reported by the receiver.

Lack of direct line of sight to satellites

Satellite signal are sent as microwaves. By nature, waves can be reflected and blocked by objects before they are detected by radio receivers. The lack of a direct line of sight to the satellites will effect the timing of the signals and the reduce the number of satellite signal that will be compared.